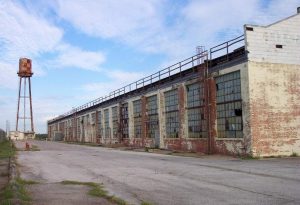 Me: So Uncle Eddy, I know you voted for Trump.  Are there any big changes in your life since then?

Eddy:  I’m disappointed, Charlie.   He promised jobs, jobs, jobs.  But nothing’s  happening.  He spends all  his time on that damned wall for Mexico and I could care less.  If we keep them Mexicans out that don’t mean the mills will rush back in.   We didn’t have no Mexicans here in the Valley anyways.

Me:  So what do you think of the choices for Cabinet so far, Eddy?

Eddy:  Most of them is rich guys – not good.  I mean, will a guy who’s never worked up a sweat help me out?   They got a labor guy who didn’t believe in unions or  over-time, but he didn’t make it. .  I do like that EPA guy from Oklahoma, because that damned EPA helped send the mills out of the country.  This guy seems to like smoke and fumes just fine, so he’s a good choice.  So maybe some mills might come back.  You know?

Me:  What about NAFTA?  Are you waiting to see what’s going to happen?

Eddy:  NAFTA schmata!   I don’t even know what it stands for.  And I’ll tell you, ain’t no one else in any mill I ever worked at knows either.

Me: But back in October, you told me Trump would destroy it.

Eddy:  Yeh, yeh, yeh.   Because everybody at the rally was screaming about it and I didn’t want to look stupid.  Same with that Wall, you know?   It seemed like a good idea to keep them Mexicans out. But now I don’t care.

Me:  Did Mexicans have a lot of the mill jobs?

Eddy:  Nah – just white guys, black guys.  Never seen no Mexican guys.  They like to work outside, and the Union don’t  like it if somebody brings down visa problems on their heads. So what’s the big deal about keeping them out?

Me:  Well, what about keeping all the Muslims out?

Me:  Well he promised to get rid of Obamacare.  Are you still in favor of that?

Eddy:  When the mills was  here they took care of all that insurance stuff.   So I don’t know what the deal with Obamacare is.  All I know is if I was working, the mill would take care of it.

Me:  What about the Trans-Pacific Partnership?  When we withdrew from that it was supposed to give back some advantages over China.

Me:  Eddy, I’ve got to run.  I hope more mills do come back to the Valley, and hope you’re working.   We’ll talk again soon.