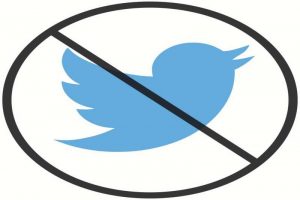 Me:  Eddy, I got your text.   I guess you got texting down cold.

Uncle Eddy:  Charlie, I love this texting crap, cause its one to one.  I sends you a text, and you know it’s me.  Not like that other bull crap.

Uncle Eddy:  See  – twitter-tweeting, facebooking, yelping and yowling and snapper-this and snapper-that – that’s closet bull-crap.  You got something to say to a guy, good or bad, you do it face-to-face, not hiding behind some posty thing.   You know what I mean, kid?

Uncle Eddy:  Yeh, I ain’t so good with words.  Point is if you got a beef with a guy, go look him in the eye.  If he ain’t in your town, send him a personal-like text or e-mail thing.  This snapper-yapper crap lets guys hide in their basement and make big talk they wouldn’t make to your face.  In the Army and when I worked the mills, guys got feisty you know, but you looked the guy in the eye and told him what you thought.  Man-to-man, you know?

Uncle Eddy:  Now we got this whole mess of say anything you wants to whoever and you don’t need the stones to look him in the eye when you says it.  Even the Prez – he’s tweeting up a storm, calling out this one and that one.  If he’s got a beef, why don’t he call him up on the phone, he probably got a hundred phones, and talk straight to him?  Instead of all this name calling crap like a kid in a schoolyard.  I ain’t an educated man, kid, but if I caught my own kids doing that, I’d whack their asses.  Kids have beefs, too, but they should oughta tell the other kid what’s what.  And if they gets a punch in the mouth, that’s life, you know.

Me:  You got a suggestion for the President?

Uncle Eddy:  Damn straight.  If he’s got a beef with someone, call him out private.  Or call one of them press things and say it plain to everybody.  Seems to me he’s hiding in the dark calling out everybody and their brother but he never says it man to man.  That’s crap, Charlie.  In the Army, a guy like that you’d call him a coward – worst thing you can say to a soldier. You was a Marine, and I bet you guys sure as hell didn’t do that in-the-dark crap.

Uncle Eddy:  Damn straight.  But the tweetering it’s a bad example. Everybody’s doing this posty crap now, thinking it’s the thing to do.  It ain’t right, kid.  Anytime I got a problem with you, I’m going to tell you – just you – what it is.

Uncle Eddy:  Nah!  You and me is always square.