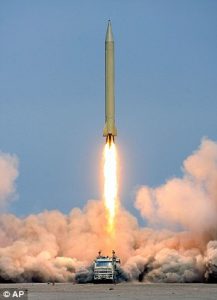 Uncle Eddy: Charlie, this North Korea bullcrap got me all upset.  Fact is – I’m damned scared.  All them Washington guys got some Bullcrap opinions – but ain’t nobody asking us guys who was there.

Me:  That’s right; you fought in the Korean War.  You were there two years?

Uncle Eddy:  Damn straight.  And I’ll tell you, kid, if we mix it up with them guys it’s gonna be ugly.

Uncle Eddy: I ain’t no professor, kid.  But them North Korea guys don’t think like we do.   Whole different outlook on life, ain’t at all like ours.  Them Russians — they was the easy part. In the 50’s and 60’s they knew if they fired off  them nukes we had just as many nukes and everybody would get hurt.  You see, they have what you’d call a Western  mind – a stand-off.  You see where I’m going?

Uncle Eddy: But them North Korea guys they don’t think like that. Life is cheap for them.  I remember being up to my ass in the snow and shooting at them and they just kept coming even though we was killing ‘em all as they did.  Didn’t make no sense to me but we had to keep shooting ‘em just to stay alive our ownselves.

Uncle Eddy:  It’s the way their army works, Charlie.  Us Americans, we try to fight by  rules, you know?  We don’t kill no civilians, but them Koreans don’t give a crap.  Our Army guys got rules.  No general can tell you kill a prisoner, not if he wants to keep them stars.    But them North Korea guys – hell, they got officers  kills a soldier outright if he don’t do what they say.  In my day, you could go to your CO and say “hey, this is wrong”.  He might kick your ass sideways, but he’d listen.

Me:  So they’re ruthless?

Uncle Eddy:  You can say that but I’d call it bat-crap crazy.  They’s  more damned scared of them bosses then the  enemy.  I seen officer types waving pistols and driving them on even when we was machine gunning ‘em.   I had Marine pals told me the same stuff – they just keep coming.  They’s more afraid of that Kim Jong guy then they is  of dying and that ain’t good.

Me: You think Kim’s the same?

Uncle Eddy:  Damn straight!  He don’t know no different.  A thinking guy,  he’d look at how much a war would cost him.  But ol’ Kim ain’t no thinking guy.  He does what he damn well wants to do and because everybody in his damn army does what he wants he figures the whole world will.

Me: So he won’t reason with us?

Uncle Eddy:  Hell no! And our Prez keeps baiting him.  And who’s he to talk tough?  He ain’t been in no war.  He wasn’t in Korea, wasn’t in ‘Nam.  Didn’t have to see his kids go to Iraq and them other deserts.   Ain’t so good to talk tough if you never been up to your ass in mud with somebody shootin’ at you.  He’s picking a fight with that crazy man and there’s gonna be big trouble.